Do you dream of swimming with the graceful sea turtles? Gili Trawangan could be one of the best options for the holiday of your dreams thanks to conservation efforts on the island.

Critically endangered hawksbills and green sea turtles are found swimming in the warm waters around the island all year round, attracting divers and snorkelers from all over the world. However, with the growth of tourism and other factors like climate and the destruction of reefs, the turtle population began to decrease. 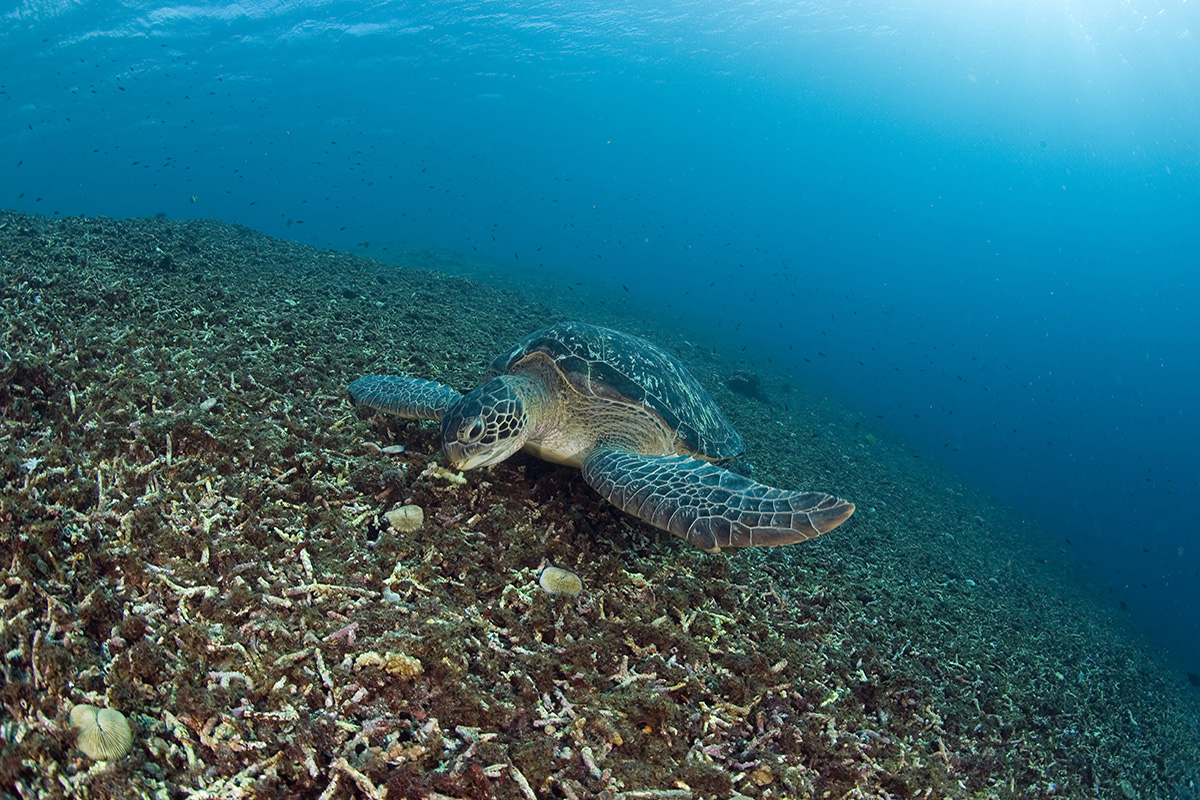 Unfortunately, turtle eggs are also still seen as a delicacy in Indonesia and turtles are used for certain ceremonies, so even though it is illegal to catch or kill sea turtles, there is a black market for them.

The island is now home to a growing turtle conservation project that was set up by residents of Gili Trawangan. They have been given some government funding, but survive mostly with the support of tourists who visit and donate to the project. With the help of these donations, the project has been able to purchase an egg incubator, and has three small pools for turtle hatchlings.

Gili Eco Trust also does amazing work to regrow coral reefs, encourage turtles back to the area and keep eggs safe on the beaches while they incubate. 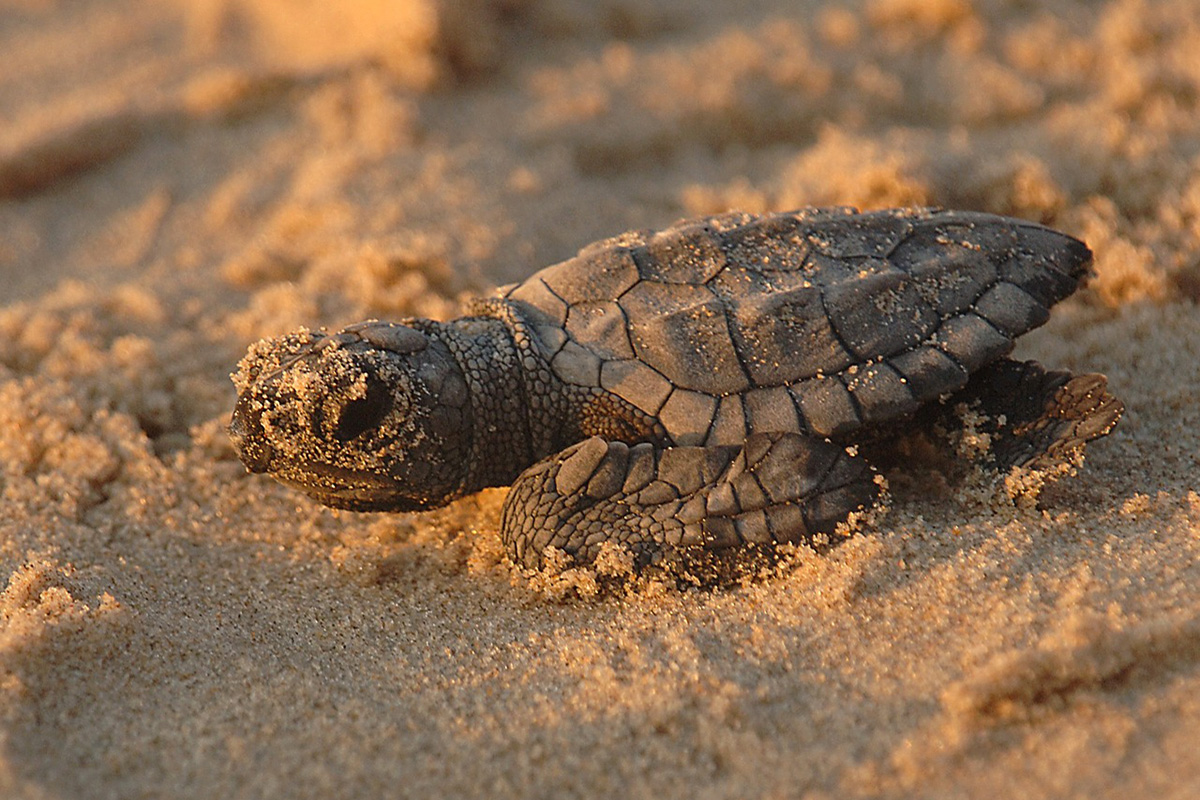 These efforts from locals and conservation groups encouraged the government to take measures against the tourism that was encroaching on the turtles’ natural habitat. Earlier this year they ordered the clearance of Gili Trawangan’s main beach, where many stalls, bars and restaurants had taken over the sand. Turtles will not lay their eggs on dirty, busy, brightly lit beaches and with the removal of the tourist attractions they now have clean, dark areas where they can safely lay eggs and let them incubate.

When these measures were introduced, Villa Almarik’s distinctive Bamboo restaurant was moved from the beach to allow turtles to lay their eggs safely on the beach. There are now some tables and sun loungers on the beach during the day, but they are moved at night to create the perfect conditions for turtles to come up on the beach. 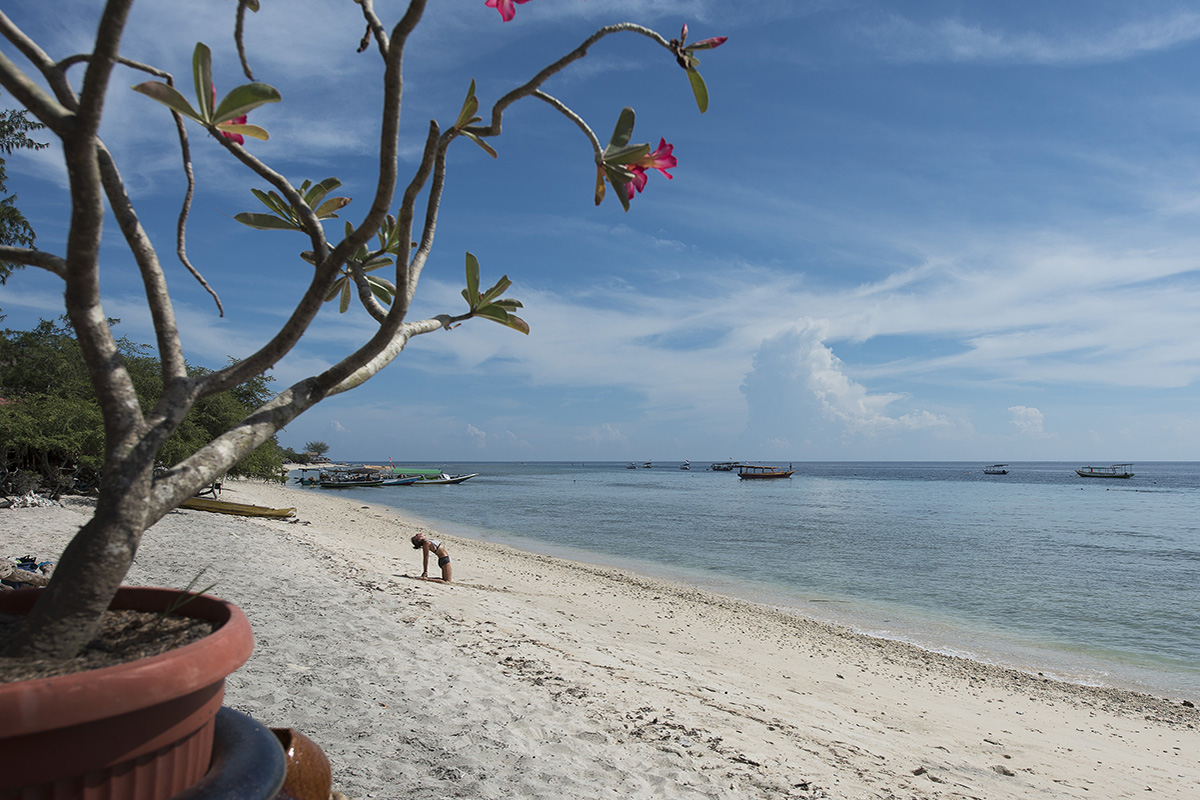 Since they took this action there have been a number of turtles coming back to the beach to lay their eggs, which was a real win for the turtle conservation groups. Gili Eco Trust and the local conservation group on Gili Trawangan now build structures around the eggs to keep them safe during their 60 day incubation period. This also raises awareness of the need to keep the beach safe and clean for turtles.

If the eggs have not had the chance to incubate in the sand, the hatchlings from the Gili Trawangan hatchery are released about twice a year by volunteers off the island’s eastern coast. Although only around 1 in every 1000 hatchlings will make it to adulthood, this release program along with other conservation efforts are seeing more and more success over the past year or so.

Now that turtles are coming back to the beaches of Gili Trawangan there is even more of a chance for you to see them in the wild when you swim, snorkel or dive around the island. 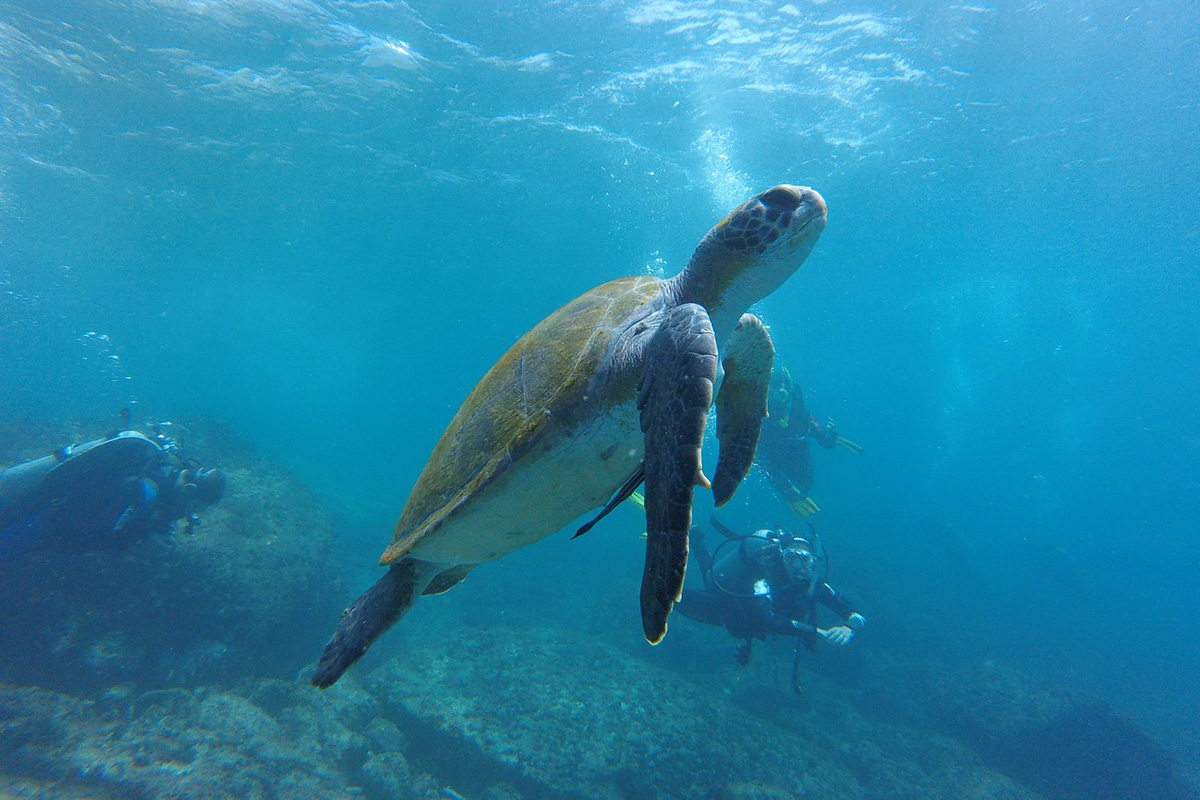 The best place to see the turtles is near the edge of the sea wall between Villa Almarik and Horizontal Hotels. This is on the east side of the island, just a little bit north of the main Gili T strip.

Would you love to see sea turtles in the wild? Let us know if you have any questions about how to help or donate to the conservation efforts on Gili Trawangan in the comments below.