Lombok is often considered Bali’s less famous little sister. However, this incredible island should never be underestimated. With the culture, people, and natural beauty it should definitely be on your travel bucket list. Read on to learn some interesting things about Lombok you might not know.

1. The meaning of the island’s name is debated

The word Lombok is a word that comes from the local Sasak language. Translated into Indonesian it means lurus or straight. Lombok is also a lesser-used word for chili in Bahasa Indonesian, which has led many people to believe the island is named for its spicy cuisine. 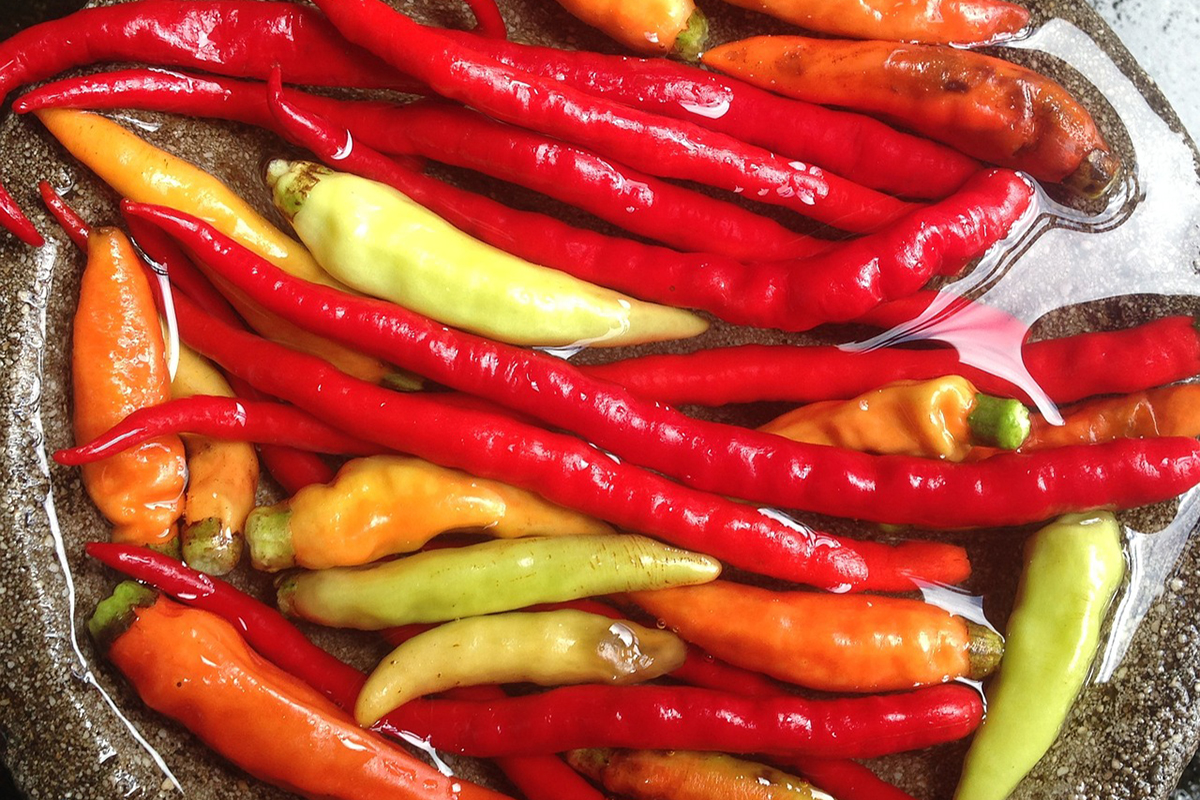 2. Lombok and Bali are separated by a bio-geographical boundary

Lombok and Bali are separated by the Lombok Strait. This is a really fascinating part of the world because it’s also the bio-geographical boundary between the fauna of Indo-Malaysia and the distinctly different fauna of Australasia. This is known as the Wallace line, named after Alfred Russell Wallace who actually conceived the idea of evolution separately from Charles Darwin, and went on to publish joint papers on the theory with Darwin.

3. The local people are called Sasak 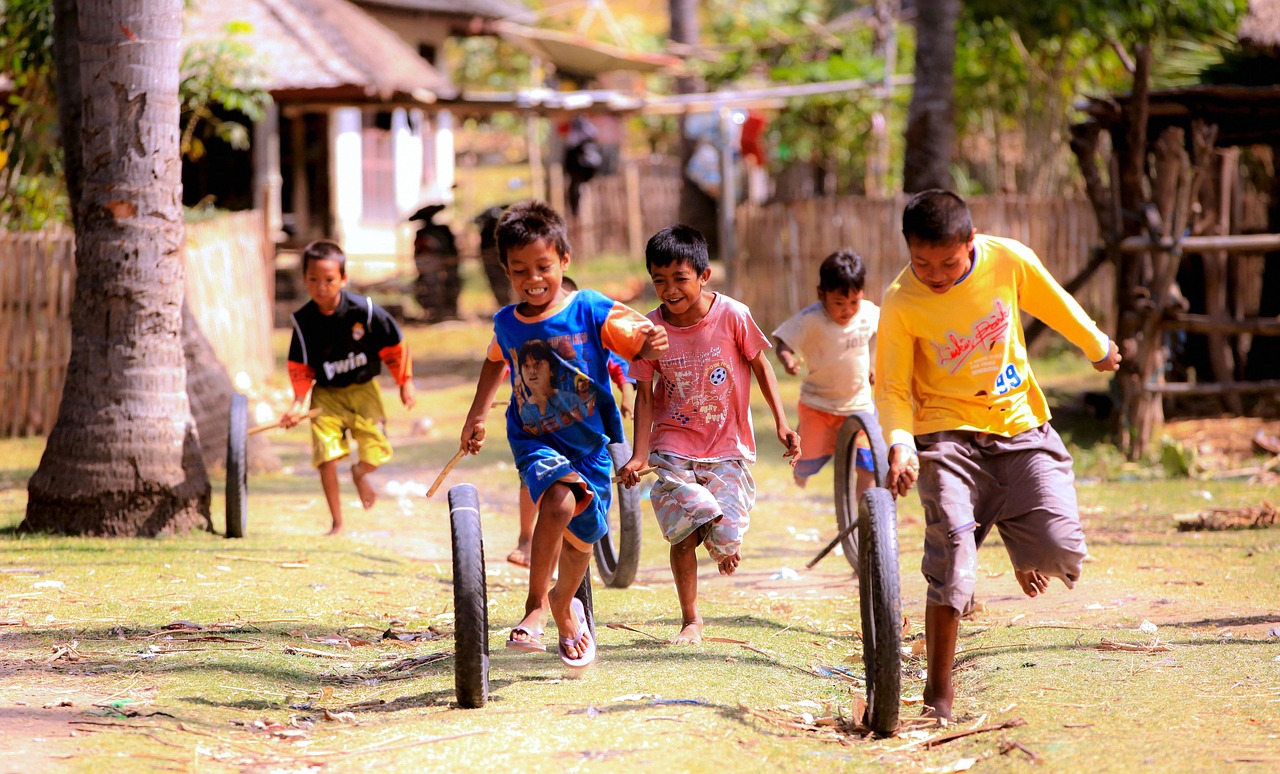 The native people of Lombok are called Sasak or Sasaknese. They are roughly divided into 2 groups, Wektu Lima and Wektu Telu. The Wektu Lima are Muslim and follow their religion quite rigidly. The Wektu Telu of North Lombok are Muslim as well, but also combine some Buddhist, Hindu and animalistic traditions in their daily lives. The Sasak people also live on the Gili Islands off the coast of Lombok.

4. It has the runner up for tallest volcano 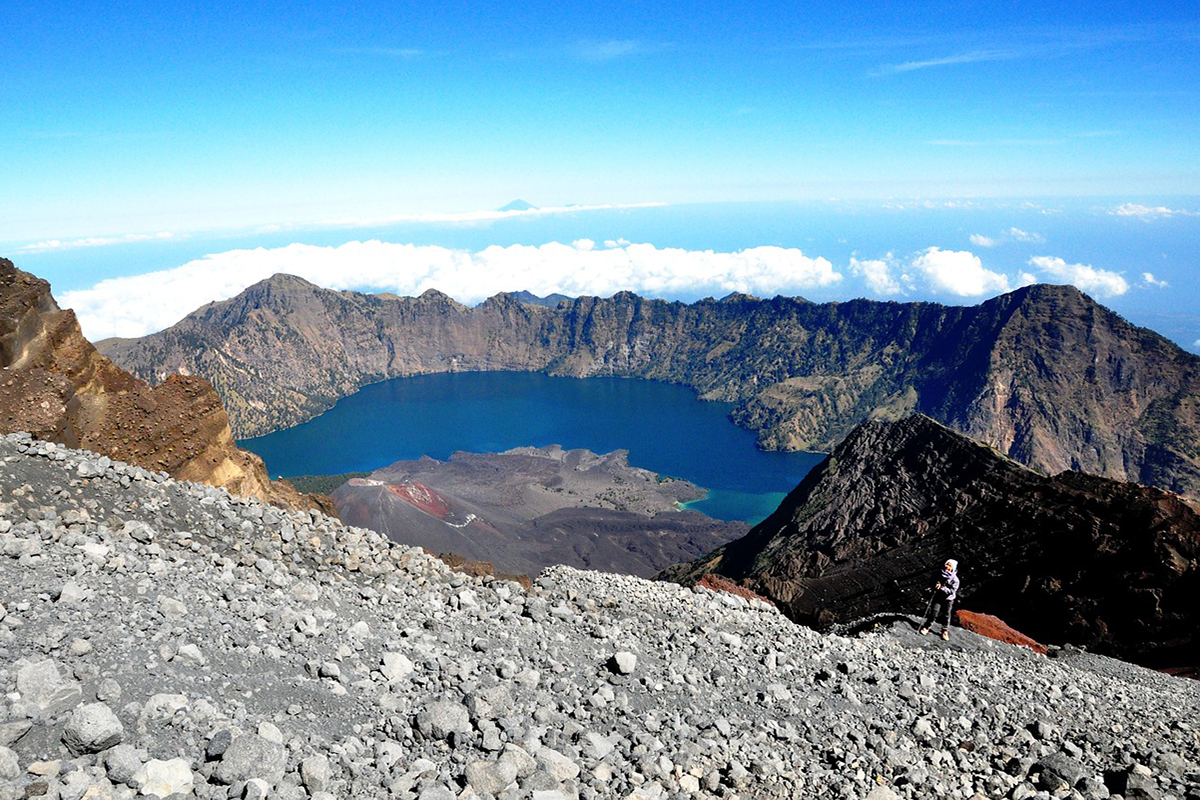 Mount Rinjani is the 2nd tallest volcano in Indonesia after Mount Kerinci in Sumatra. At a height of 3726 meters it is just a little less than 700 metres higher than Bali’s more famous Mount Agung. Hiking Rinjani is not a casual trek like some of the other volcanoes in Indonesia. To get to the summit you usually need 3 days, camping on the slopes on the way.

5. Worms are a delicacy 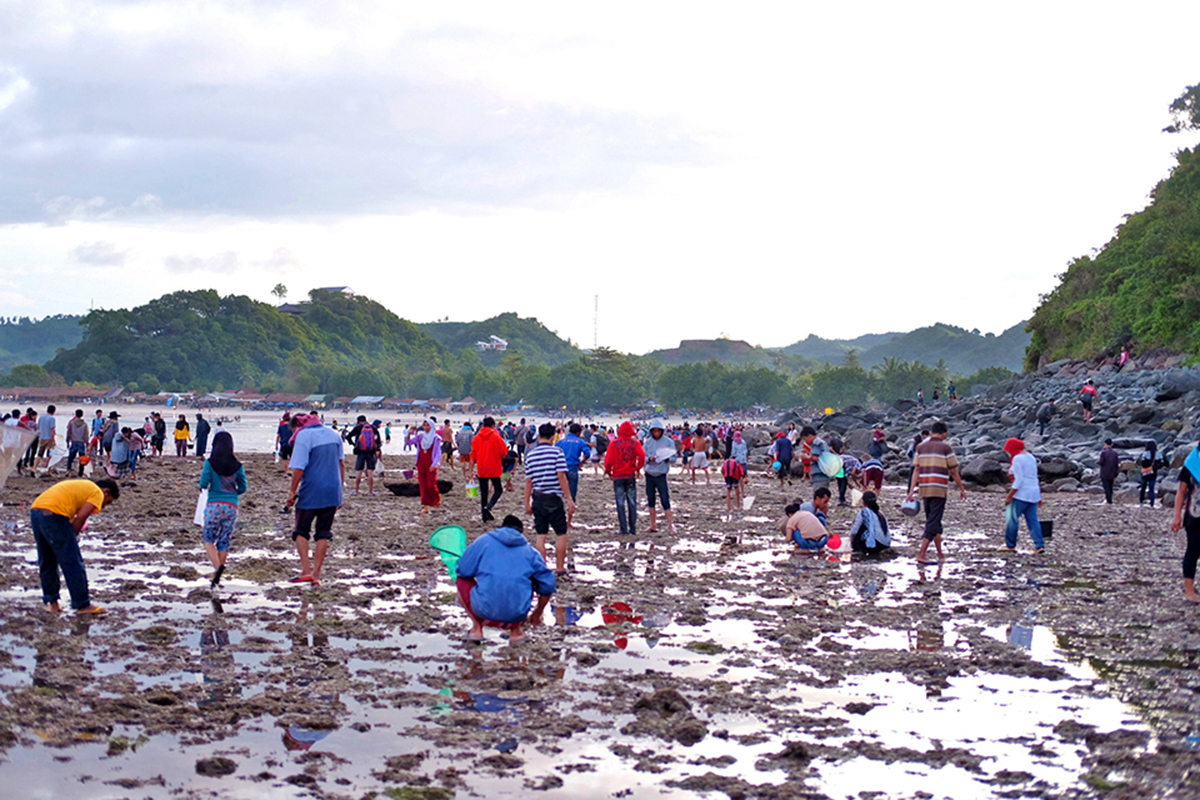 One of the most interesting festivals in Lombok is the Bau Nyale or sea worm festival. This is held every February when sea worms spawn in the waters off of Kuta beach in South Lombok. There are dances, parades and a ceremony that sees a local dukun or priest wading into the sea to see how many worms there are. If there are many, he will declare the year’s harvest will be plentiful. Afterwards people gather worms to eat. They say the best way to eat them is mixed with coconut and spices and then roasted in banana leaves. Yum!

6. Pink is the new white 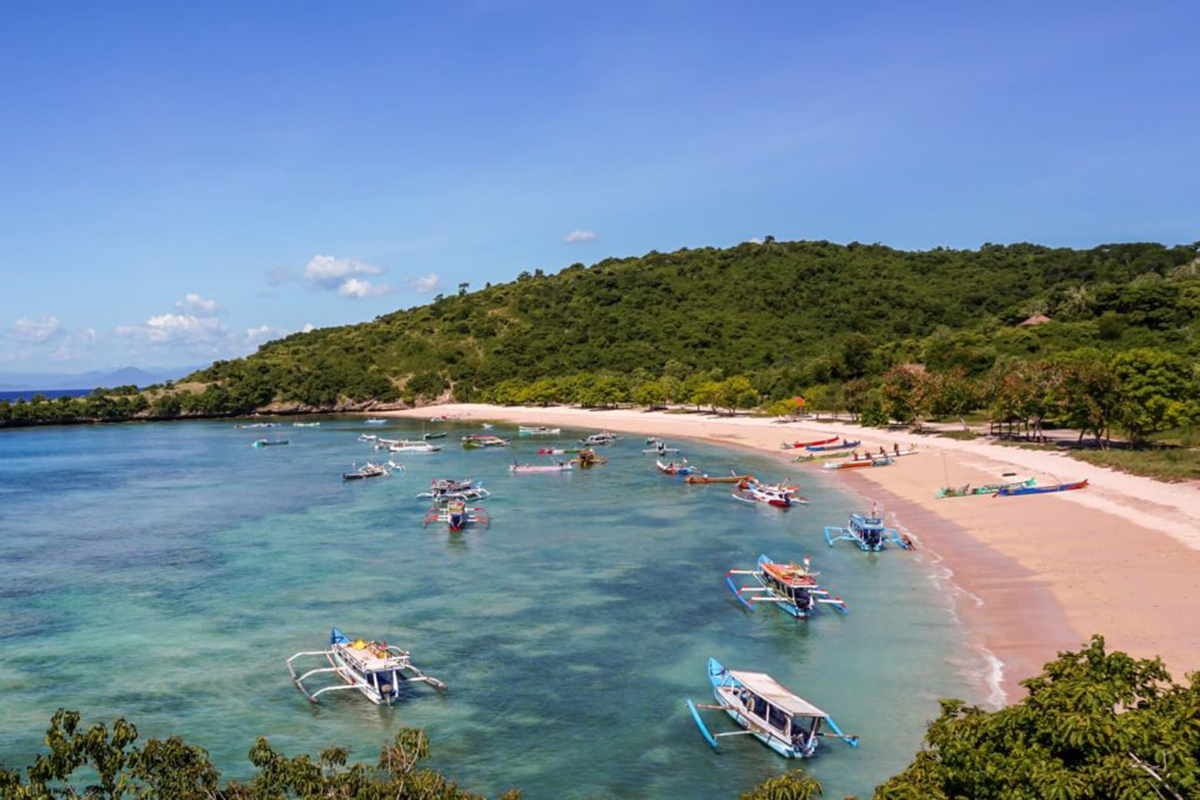 You may have heard of Lombok’s pink sand beach, especially if you follow any travel Instagrammers. There are actually 3 pink sand beaches on the island, the most famous being Tangsin Beach on the southeast coast. The pink of the sand comes from the colour of a tiny red organism that grows on dead coral. It shines a beautiful shade of pink in the sun and in the late afternoon as the sun begins to set the contrast between the turquoise water and the pink sand it breathtaking. 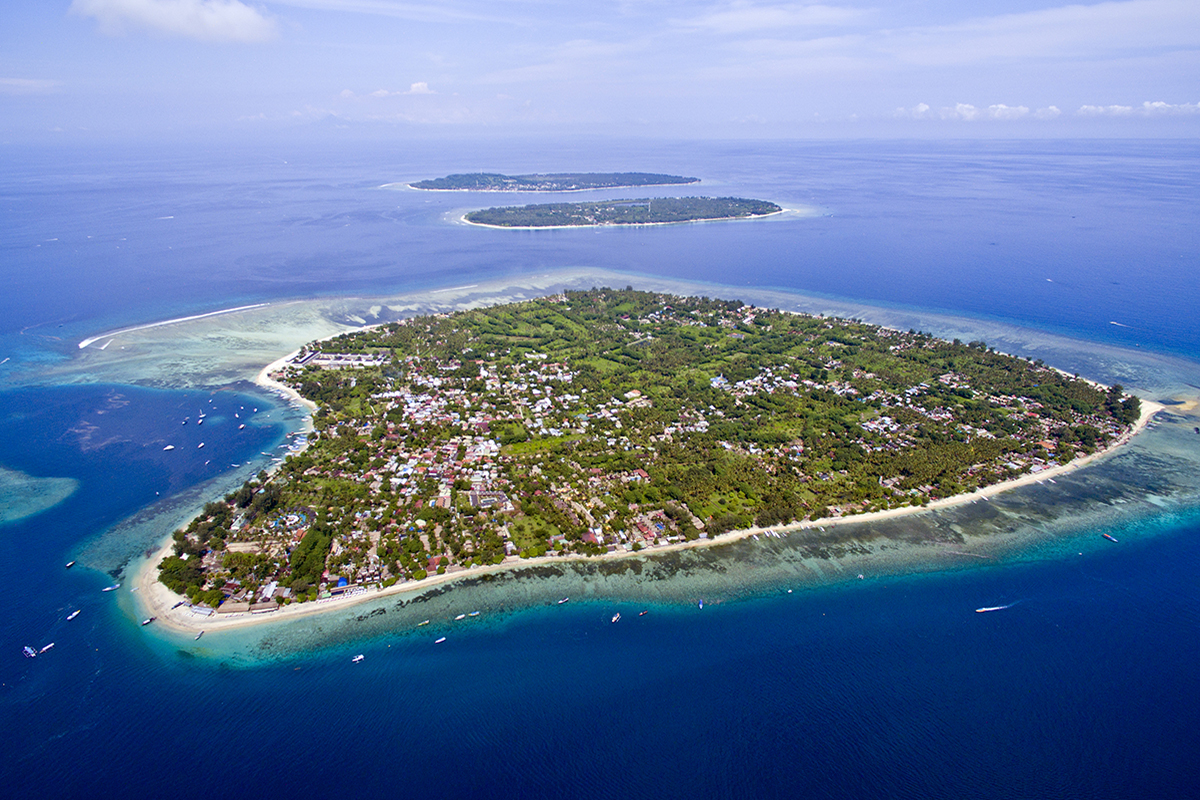 Lombok is famous for the 3 Gilis (Trawangan, Meno and Air) to the northwest of the island. But did you know the word Gili actually just means small island? Trawangan is the largest of the 3 ‘Gilis’ and is furthest from the mainland…but still only around 15 minutes by boat. There are also plenty of other gilis off the coasts of Lombok but these 3 are the most developed and tourist-friendly.

Isn’t it interesting to learn more about a place?

Sometimes learning a few lesser-known facts about a place peaks your interest to travel there. With just a little more insight about the people and geography a picture can start to form in your mind and you can almost imagine yourself there. Are you interested to find out more about Lombok now? We’d love to hear what whets your appetite for travel in the comments below.