Traveling from Bali to Lombok is a pretty common trip these days with the availability of fast boats but it’s actually a lot more interesting than you think.

As you cross the Strait of Lombok you may not realize you are crossing over an undersea trench over a kilometer deep. You will also be crossing one of the world’s most famous imaginary lines – The Wallace Line.

What is The Wallace Line? 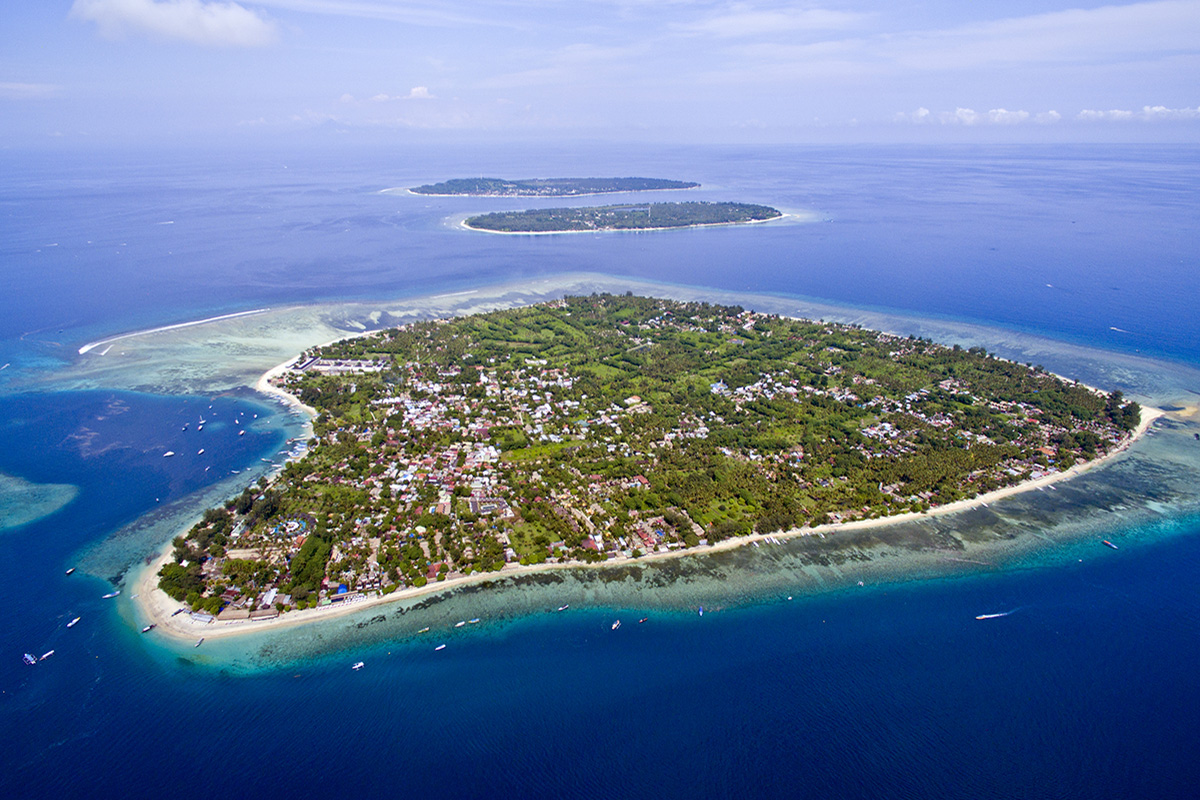 The Wallace Line is an imaginary demarcation that follows the fault lines between Bali and Lombok, and Sulawesi and Borneo. This is the line that marks where part of the old Gondwana plate touches part of the old Laurasian plate.

Sir Alfred Wallace the 19th Century English naturalist discovered that the animal and plant life on the west side of this line was very different to that on the east. In fact these studies were the basis for the Theory of Evolution, which Charles Darwin is credited for.

The species crossover on the east and west of the Wallace line is remarkably limited. In fact there is only 1 species of mammal, the crab-eating macaque, and a small number of bats and birds that can be found on both sides of the line. Gili Trawangan is actually the very first landfall on the eastern side of The Wallace Line and therefore is inhabited by some plants and animals you won’t find in Bali.

A couple of the most famous examples of species found on only one side of the line or the other are Komodo dragons and orangutans. Komodos are only found to the east of The Wallace Line and orangutans to the west. You’ll also find tree kangaroos and parrots to the east and rhinos and tigers (although very few now) to the west.

Difference to expect in Lombok 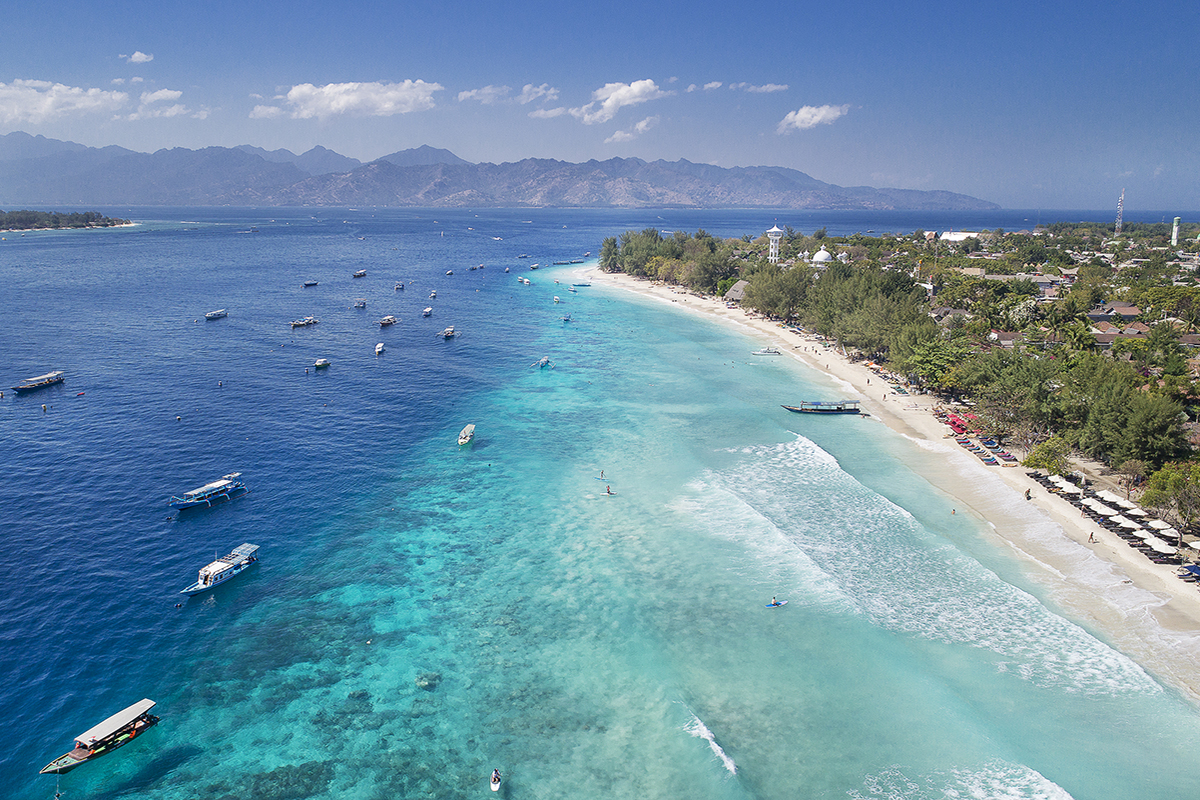 Most people travel to Lombok and the Gili Islands for the beaches and marine life so don’t often take notice of the change in landscape. In fact Lombok is much drier and more arid than lush Bali. You’ll still find the tall swaying palms and jungles of Indonesia but none of the rice terraces of Bali and Java. Even on the Gili Islands the land is much more arid and scrubby than the islands to the west.

If you’re a bird or reptile enthusiast you will notice the changes in species, but otherwise you may not see any differences unless you really pay attention. 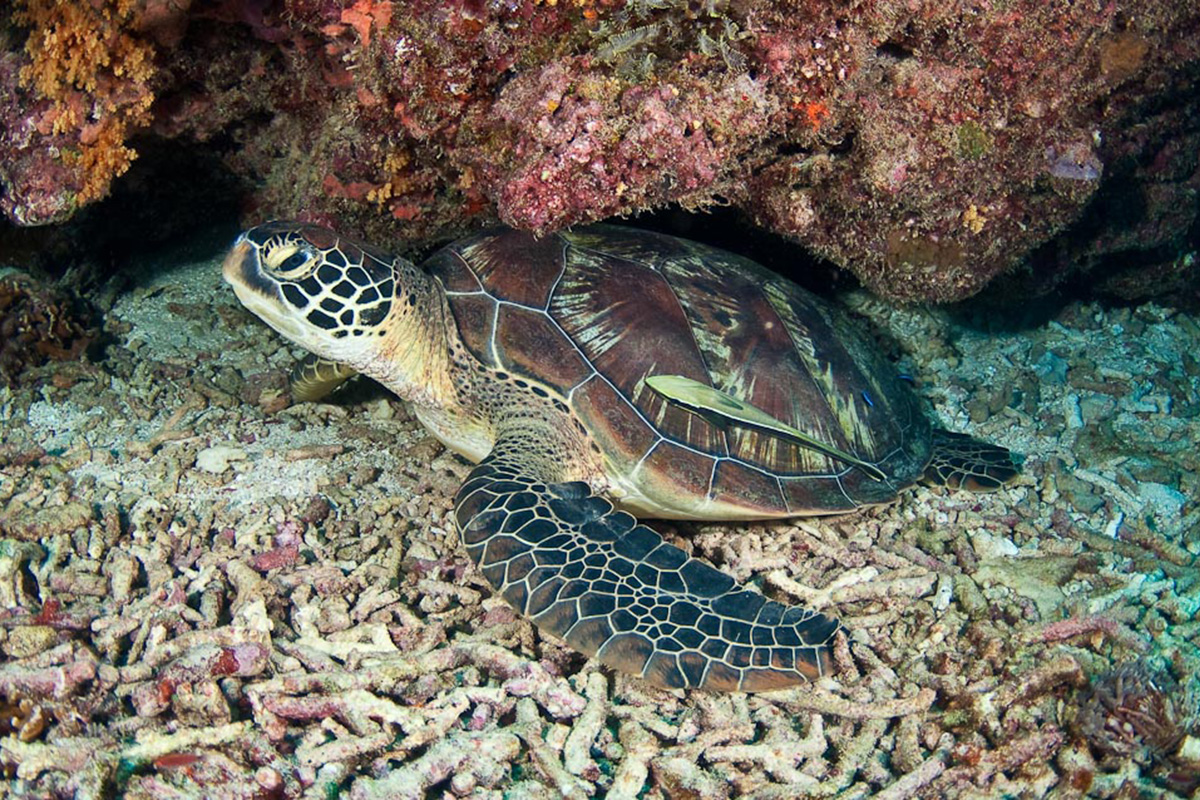 Of course species of marine life have much less trouble traversing the waters of the Lombok Strait but you may notice some differences. The very strong currents that run through the strait are thanks to Indonesian Throughflow where the Indian and Pacific Oceans meet. These currents bring many species to feed in the nutrient rich waters making diving in the area of Gili Trawangan really spectacular. Diving with Gangga Divers around Gili Trawangan you can expect to see an incredibly wide variety of species from colourful reef fish to large reef sharks, sea turtles and plenty more.